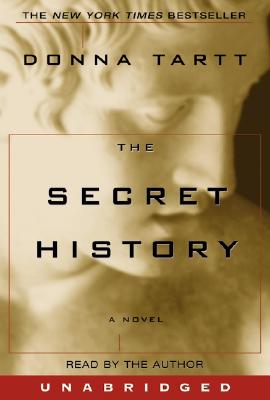 After all the commotion surrounding the Goldfinch, I had to pick up Donna Tartt's first book. Wow. Count me #5,000,000 of Donna Tartt's fans. It's remarkable (and a true test to Tartt's talents) this book has held up to today. I don't even know what to say except that it's astonishing, the characters are real, and you'll turn the final pages with the heaviest of hearts.

In this brilliant novel, Pulitzer Prize-winning author Donna Tartt gives us a richly textured and hypnotic story of golden youth corrupted by its own moral arrogance.

Richard Papen had never been to New England before his nineteenth year. Then he arrived at Hampeden College and quickly became seduced by the sweet, dark rhythms of campus life -- in particular by an elite group of five students, Greek scholars, worldly, self-assured, and at first glance, highly unapproachable.

Yet as Richard was accepted and drawn into their inner circle, he learned a terrifying secret that bound them to one another ... a secret about an incident in the woods in the dead of night where an ancient rite was brough to brutal life ... and lead to a gruesome death. And that was just the beginning ...

Donna Tartt was born in Greenwood, Mississippi, and educated at the University of Mississippi and Bennington College. The Secret History was her debut novel.

Donna Tartt was born in Greenwood, Mississippi, and educated at the University of Mississippi and Bennington College. The Secret History was her debut novel.