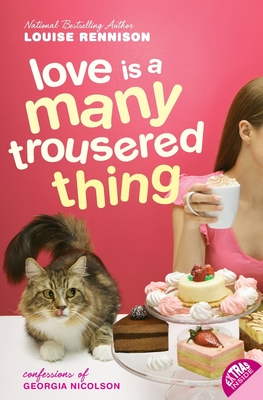 This is book number 8 in the Confessions of Georgia Nicolson series.

The nub and gist is that I have accidentally acquired two Luuurve Gods.

Oh my giddy god! Georgia has somehow landed back in the cakeshop of agony now that Robbie the Sex God has returned and she has three potential snoggees. What's a proper girl to do? Hide, of course, and hope that she will be able to choose one before she ends up all aloney on her owney.