Stop in the Name of Pants! (Confessions of Georgia Nicolson #9) (Paperback) 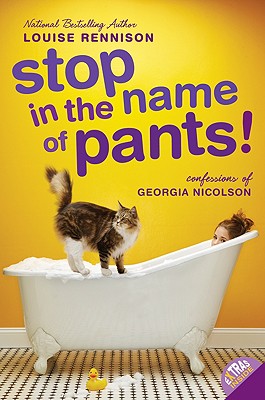 This is book number 9 in the Confessions of Georgia Nicolson series.

Time to gird the loins and pucker up.

Blimey O'Reilly's trousers! When Georgia embraced being the girlfriend of a Rock Legend/Luurve God, she thought that was the end of her lovenosity woes. As usual, Georgia is the last to know what she is talking about. Now there's the small matter of a snogging accident involving her matey-type mate Dave the Laugh and some toasted newts in her undercrackers. Can Georgia lock up her red bottom and throw away the key?