Read All About It! (Paperback) 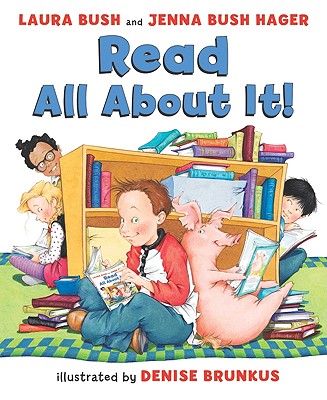 A classroom adventure that will have readers racing to the shelves, from Mrs. Laura Bush and her daughter Jenna!

He's king of the monkey bars, a math machine, and a science whiz.

The only thing he doesn't like about school is reading. It's so boring! But when strange visitors start dropping by the classroom during story hour, Tyrone discovers there's more to books than just words on pages.

For decades, Laura Bush has championed key issues in the fields of education, health care, human rights, and the preservation of our nation’s heritage. A hiking and outdoors enthusiast, Mrs. Bush encourages Americans to spend time in and care for our national parks.

The author of the bestselling memoir Spoken from the Heart, Mrs. Bush also founded both the Texas Book Festival and the National Book Festival in Washington, DC. Today, as the chair of the Women’s Initiative at the George W. Bush Institute, Mrs. Bush continues her work on global health-care innovations, empowering women in emerging democracies, education reform, and supporting the men and women who have served in America’s military.

Mrs. Bush holds a degree in education and a master’s degree in library science. She taught in public schools in Dallas, Houston, and Austin and worked as a public school librarian.

Denise Brunkus has illustrated more than sixty books for children, most notably the bestselling Junie B. Jones series by Barbara Park, Read All About It! by Laura Bush and Jenna Bush, and Charlie Hits It Big by Deborah Blumenthal. Denise is basically a neat person, so adding smudges and smears to the art for Sloppy Joe was an unexpected thrill. She lives in Massachusetts.

Jenna Bush Hager is the cohost of the fourth hour of the Today show with Hoda Kotb and the founder of the Today book club, Read with Jenna. She is the coauthor of the #1 New York Times bestselling Ana’s Story and two children’s books—Our Great Big Backyard and Read All About It—which she wrote with her mother, Laura, as well as the #1 New York Times bestsellers Sisters First, written with her sister, Barbara, in both adult and children’s editions. She lives with her husband and three children in New York City.

This purposeful tale gets a real kick from the art. Brunkus, the illustrator of the Junie B. Jones books, offers highly colored pictures that find fun in classroom situations, both real and fantastical. Even nonreaders may be prompted to give books a try.
— ALA Booklist

The nation’s First Librarian and her daughter team up to present a well-meaning salute to the pleasures of reading.
— Kirkus Reviews 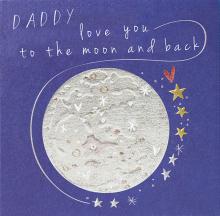