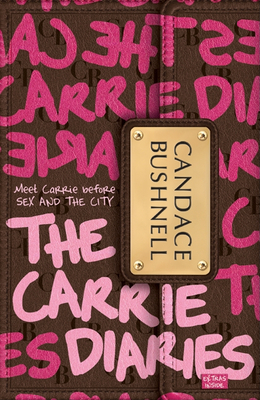 This is book number 1 in the Carrie Diaries series.

The Carrie Diaries is the coming-of-age story of one of the most iconic characters of our generation.

Before Sex and the City, Carrie Bradshaw was a small-town girl who knew she wanted more. She's ready for real life to start, but first she must navigate her senior year of high school. Up until now, Carrie and her friends have been inseparable. Then Sebastian Kydd comes into the picture, and a friend's betrayal makes her question everything.

With an unforgettable cast of characters, The Carrie Diaries is the story of how a regular girl learns to think for herself and evolves into a sharp, insightful writer. Through adventures both audacious and poignant, we'll see what brings Carrie to her beloved New York City, where her new life begins.

Candace Bushnell is the critically acclaimed New York Times bestselling author of The Carrie Diaries, Sex and the City, Is There Still Sex in the City?, Lipstick Jungle, One Fifth Avenue, 4 Blondes, Trading Up, and Summer and the City, which have sold millions of copies. Sex and the City was the basis for the HBO hit shows and films, and its prequel, The Carrie Diaries, was the basis for the CW television show of the same name. Lipstick Jungle became a popular television show on NBC. Is There Still Sex in the City? is in development with Paramount Television. Candace lives in New York City and Sag Harbor. Visit her at www.candacebushnell.com.

“It would have been easy to write a coming-of-age story about Carrie Bradshaw that ham-fistedly foreshadows everything fans of the franchise know will come to pass. But Bushnell nails something harder: telling another chapter in the story of a cherished character that stands on its own.”
— Entertainment Weekly

“Fans will love this.”
— Booklist