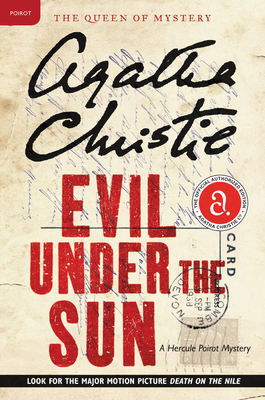 This is book number 23 in the Hercule Poirot Mysteries series.

In this exclusive authorized edition from the Queen of Mystery, the fastidious sleuth is on the trail of the killer of a sun-bronzed beauty whose death brings some rather shocking secrets into the light.

The beautiful bronzed body of Arlena Stuart lay face down on the beach. But strangely, there was no sun and Arlena was not sunbathing…she had been strangled.

Ever since Arlena’s arrival the air had been thick with sexual tension. Each of the guests had a motive to kill her, including Arlena’s new husband. But Hercule Poirot suspects that this apparent “crime of passion” conceals something much more evil.

“Hercule Poirot will live on forever because, like Chaplin’s Little Tramp (that other immortal in moustache and bowler hat) he has the ability to solve the problems of the world.” — Alan Bradley, New York Times bestselling author of the Flavia de Luce novels

“She springs her secret like a land mine.” — Times Literary Supplement (London)