Death Comes as the End (Paperback) 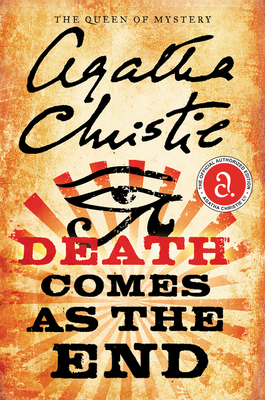 In this exclusive authorized edition, the Queen of Mystery transports us back to ancient Egypt 2000 B.C. where a priest’s daughter, investigating a suspicious death, uncovers an asp’s nest of jealousy, betrayal, and serial murder.

It is Egypt in 2000 BC, where death gives meaning to life. At the foot of a cliff lies the broken, twisted body of Nofret, concubine to a ka-priest. Young, beautiful, and venomous, most agree that it was fate—she deserved to die like a snake!

But at her father's house on the banks of the Nile, the priest's daughter Renisenb believes that the woman's death is suspicious. Increasingly, she becomes convinced that the source of evil lurks within their household—and watches helplessly as the family's passions explode in murder. . . .

“Agatha Christie was the absolute master of misdirection. No matter how logical we think we’re being when we read her, she always manages to send us swimming after her red herrings while ignoring that huge whale in the corner of the tank.” — Margaret Maron, award-winning author of the Deborah Knott Mysteries

“Startlingly new....My admiration for her leaps even higher.” — Observer (London)