Symptoms of Being Human (Paperback) 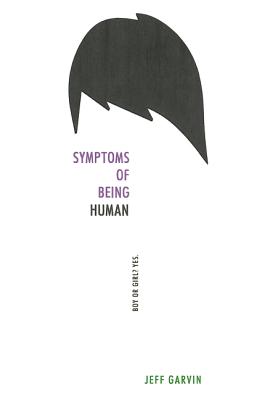 A sharply honest and moving debut perfect for fans of The Perks of Being a Wallflower and Ask the Passengers.

Riley Cavanaugh is many things: Punk rock. Snarky. Rebellious. And gender fluid. Some days Riley identifies as a boy, and others as a girl. But Riley isn't exactly out yet. And between starting a new school and having a congressman father running for reelection in über-conservative Orange County, the pressure—media and otherwise—is building up in Riley's life.

On the advice of a therapist, Riley starts an anonymous blog to vent those pent-up feelings and tell the truth of what it's really like to be a gender fluid teenager. But just as Riley's starting to settle in at school—even developing feelings for a mysterious outcast—the blog goes viral, and an unnamed commenter discovers Riley's real identity, threatening exposure. And Riley must make a choice: walk away from what the blog has created—a lifeline, new friends, a cause to believe in—or stand up, come out, and risk everything.

From debut author Jeff Garvin comes a powerful and uplifting portrait of a modern teen struggling with high school, relationships, and what it means to be human.

Before becoming a writer, Jeff Garvin acted in films and TV and was the front man of a nationally touring rock band. He is the author of Symptoms of Being Human, which was a Lambda Literary Award finalist and was also named one of the YALSA Top Ten Quick Picks for Reluctant Young Adult Readers, was an ALA Best Fiction for Young Adults selection, and was on the 2017 Rainbow Book List, and The Lightness of Hands. Jeff lives in Southern California, surrounded by adorable, shedding beasts.

“One of the first YA books to deal with the complex issue of gender fluidity…Riley’s emotional life and personal growth shed welcome light on a hitherto obscure subject.” — Booklist (starred review)

“With a main character who truly deserves to be called unique, combined with heartbreak and triumphs that are universal, this unforgettable book made me laugh, and also cry: Garvin’s powerful new voice rocks!” — Lissa Price, international bestselling author of Starters

“Riley Cavanaugh is a sharp, funny, powerful voice for those who haven’t quite found theirs yet. Both highly entertaining and highly necessary, Symptoms is the kind of book that makes you a better human for having read it. I loved it.” — Dahlia Adler, author of Under the Lights and Just Visiting

“A moving portrayal of what it means to be different, yet the same, all at once. Jeff Garvin has written a beautifully thoughtful book.” — Renee Ahdieh, author of The Wrath and the Dawn

“An important introduction for readers who know little about gender fluidity and a welcome nod to those who may be experiencing similar feelings.” — Bulletin of the Center for Children’s Books