The Summer Wives: A Novel (Hardcover) 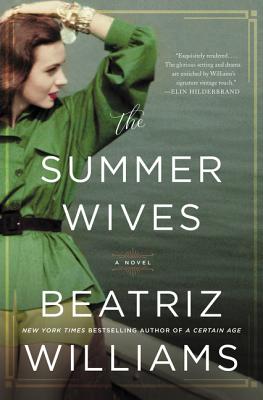 By Beatriz Williams
Email or call for price.
Hard to Find

Do you just want to have FUN reading a twisty, turn-y, snarky, sexy novel set on a fictional island right here in Long Island Sound? Popping between 1930, 1951 and 1969, the plot, the love triangles, and family secrets will keep you turning pages and make you a Beatriz Williams fan if you aren’t one already.

Another gem from Beatriz Williams, who skillfully blends history, mystery and romance.  The story moves through several decades on this island off the New England coast. It's a suspenseful saga that addresses class, privilege and justice. The secrets will astound you!

“The Summer Wives is a sweeping story that spans several decades and details the lives of members of an island community where old money rules and the locals and summer families are not supposed to mix—but they do anyway. This is a story of secrets, power, loss, and love, with a bit of Shakespeare to round things out. I was engaged from page one and found myself reading both the print edition and listening to an audio edition in my car so I could spend every possible moment with the characters and their stories. Even the minor characters had depth beyond what I expected.”
— Myrna Mibus, Content Bookstore, Northfield, MN

“The Summer Wives is an exquisitely rendered novel that tackles two of my favorite topics: love and money. The glorious setting and drama are enriched by Williams’s signature vintage touch. It’s at the top of my picks for the beach this summer.”
— Elin Hilderbrand, author of The Perfect Couple

“Longtime Williams fans, readers of historical fiction and mysteries, and anyone seeking engaging plot twists will find satisfaction in these pages.”
— Booklist

”Another hot book for summer from the prolific Williams... A romantic, multilayered tale.”
— Philadelphia Inquirer

“Engrossing and gripping, you will finish this book in one sitting.”
— St. Louis Post Dispatch

“The Summer Wives is a compulsively readable story that will make you swear you can smell the salt air.”
— Popsugar

“This book is what the term “beach read” was made for.”
— Buzzfeed

“Williams has crafted a kaleidoscope of a novel – a mystery, a romance, and an utterly beguiling examination of the cost of secrets . . . The Summer Wives is a startling portrait of the courage it requires to make your own second chances.”
— Entertainment Weekly

“The Summer Wives by Beatriz Williams will give you the full order. It takes place on an exclusive island off Long Island Sound. Think: cocktails, sailing, croquet. A woman who visits as a teen falls in love with a local...who is later accused of murdering her stepfather. Intrigue, served.”
— SKIMM Reads 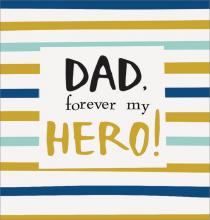 Let your father know you love him with this Father's Day greeting card. This card is embellished with gold foil and embossing, so it really pops,...