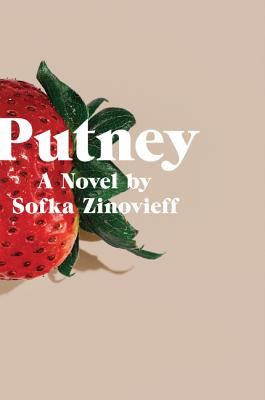 In the spirit of Zoë Heller’s Notes on a Scandal and Tom Perrotta’s Mrs. Fletcher, an explosive and thought-provoking novel about the far-reaching repercussions of an illicit relationship between a young girl and a man twenty years her senior.

A rising star in the London arts scene of the early 1970s, gifted composer Ralph Boyd is approached by renowned novelist Edmund Greenslay to score a stage adaptation of his most famous work. Welcomed into Greenslay’s sprawling bohemian house in Putney, an artistic and prosperous district in southwest London, the musical wunderkind is introduced to Edmund’s beautiful activist wife Ellie, his aloof son Theo, and his nine-year old daughter Daphne, who quickly becomes Ralph’s muse.

Ralph showers Daphne with tokens of his affection—clandestine gifts and secret notes. In a home that is exciting but often lonely, Daphne finds Ralph to be a dazzling companion. Their bond remains strong even after Ralph becomes a husband and father, and though Ralph worships Daphne, he does not touch her. But in the summer of 1976, when Ralph accompanies thirteen-year-old Daphne alone to meet her parents in Greece, their relationship intensifies irrevocably. One person knows of their passionate trysts: Daphne’s best friend Jane, whose awe of the intoxicating Greenslay family ensures her silence.

Forty years later Daphne is back in London. After years lost to decadence and drug abuse, she is struggling to create a normal, stable life for herself and her adolescent daughter. When circumstances bring her back in touch with her long-lost friend, Jane, their reunion inevitably turns to Ralph, now a world-famous musician also living in the city. Daphne’s recollections of her childhood and her growing anxiety over her own young daughter eventually lead to an explosive realization that propels her to confront Ralph and their years spent together.

Masterfully told from three diverse viewpoints—victim, perpetrator, and witness—Putney is a subtle and enormously powerful novel about consent, agency, and what we tell ourselves to justify what we do, and what others do to us.

Sofka Zinovieff is the author of four previous books, including The Mad Boy, Lord Berners, My Grandmother and Me, and has worked as a freelance journalist and reviewer, her work appearing in the Telegraph Magazine, the Times Literary Supplement, the Financial Times, the Spectator, the Independent Magazine, and the London Magazine. After many years in Athens, she now divides her time between Greece and England. She is married with two daughters.

“Told from three vividly established points of view, and traveling back and forth between the 1970s and today, the novel makes a convincing case for how the anything goes ethos of that earlier decade can lead to a reckoning decades later.”
— Publishers Weekly

“The characters in Zinovieff’s book are alternatively complicit and sympathetic. The novel manages its hefty load through brilliant writing, astute psychological insight, and the scenery of Greek islands. This post-MeToo Lolita will challenge your preconceptions on every page.”
— Refinery 29

“Zinovieff’s novel is a nuanced, thought-provoking plunge into the questioning depths of consent and exploitation. Putney is a discussion starter. ”
— Booklist

“Zinovieff’s novel, about the relationship between a young girl and a much older man in the 1970s, and the woman’s present-day reckoning with what actually happened, raises important questions about consent and agency.”
— Self

“Zinovieff is obviously working with themes playing out in contemporary culture, but her novel is also reminiscent of the work of Iris Murdoch and A.S. Byatt...Timely and nuanced.”
— Kirkus Reviews (starred review)

“Zinovieff’s triptych is too nuanced for hashtags, yet perfectly tuned to #MeToo.”
— -Vulture

‘This book is truly memorable and thought-provoking; throughout, Zinovieff sustains wonderfully perplexing and complex ambiguities. What is love, and what is exploitation? What is truth and what is self-deception? What is righteousness and what is hypocrisy? Can contradictions be simultaneously true?..I’ll remember the characters forever.’
— Louis de Bernieres, author of Captain Corelli’s Mandolin.

“..a disturbing, well-structured, nuanced story that provides no simple answers — an important addition to an urgent, current conversation.”
— The Financial Times

“A finely nuanced study of the way different people make subjective sense of the past, and a reminder that the novel (like the analyst’s couch) is a great space for thinking about the unthinkable.”
— Sunday Times (London)

“Putney is a story about the long shadow abuse can cast on the lives of all involved, but it consistently works on intellectual and emotional levels in order to tell that story.”
— Open Letters Review

‘This is a really important book. I loved it.  Thought provoking, emotionally complex, and tackling the topic of the day - the blurred area between consent and abuse.’
— Esther Freud, author of Love Falls.

‘The art of its telling is everything: the reader is duped and lulled and excited, just like the child subject, and yet we are able to understand Ralph too, and the switch from uneasy but gripping romantic narrative to discourse of abuse is jolting and shocking and right.’
— Michèle Roberts author of Daughters of the House.

“The ultimate taboo brought to life in a way that’s thrillingly disturbing and evocative. I couldn’t leave it.”
— Mary Portas, author of Shop Girl

“Involving, beautifully written, and subtle . There are terribly difficult questions here, dealt with sensitively and intelligently.”
—   --The Spectator