Forever and a Day: A James Bond Novel (Paperback) 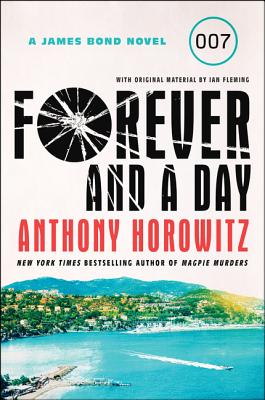 Chronologically the first in the James Bond series, Forever and a Day is fun, fast-paced, exciting, and romantic. Set in the sun-soaked French Riviera in the years following the Korean War, the story begins with James Bond being promoted to MI6’s Double-O division after the murder of another agent.  Officially given a license to kill, 007’s first mission is to connect the dots between the murdered agent and a brutal Corsican drug syndicate.  In addition to pitch-perfect banter and a truly evil villain, Horowitz gives Bond fans everything they could possibly want: car chases and fight scenes, martinis and gambling, gunplay and foreplay. Ian Fleming would be proud.

A spy is dead. A legend is born. This is how it all began. The explosive prequel to Casino Royale, from bestselling author Anthony Horowitz.

Forever and a Day is the story of the birth of a legend, in the brutal underworld of the French Riviera, taking readers into the very beginning of James Bond’s illustrious career and the formation of his identity.

M laid down his pipe and stared at it tetchily. “We have no choice. We’re just going to bring forward this other chap you’ve been preparing. But you didn’t tell me his name.”

The sea keeps its secrets. But not this time.

One body. Three bullets. 007 floats in the waters of Marseille, killed by an unknown hand.

It’s time for James Bond to earn his license to kill.

ANTHONY HOROWITZ is the author of the US bestselling Magpie Murders and The Word is Murder, and one of the most prolific and successful writers in the English language; he may have committed more (fictional) murders than any other living author. His novel Trigger Mortis features original material from Ian Fleming. His most recent Sherlock Holmes novel, Moriarty, is a reader favorite; and his bestselling Alex Rider series for young adults has sold more than 19 million copies worldwide. As a TV screenwriter, he created both Midsomer Murders and the BAFTA-winning Foyle’s War on PBS. Horowitz regularly contributes to a wide variety of national newspapers and magazines, and in January 2014 was awarded an OBE.

“A fine storyteller, Horowitz employs all the tropes fans know and love (including an elegant explanation for the famous martini mandate, “shaken, not stirred”), but he also delivers a conclusion whose moral complexity will surprise anyone expecting an ending more in line with Fleming’s own.”
— Publishers Weekly

The versatile Horowitz has written authorized books about Sherlock Holmes and others, and here spins a fragment of Fleming’s writing into a splendid prequel to the Bond canon.
— Seattle Times

Horowitz’s trademark is a kind of gorgeous competence; a reader always feels utterly secure in the credibility of his narratives, however outlandish they get. Here, again, he handles a complicated plot with aplomb (and blessedly few explosions). Does he find a human being inside James Bond? He tries, and Sixtine is one of the best Bond girls ever written.
— USA Today 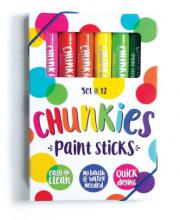 What kind of kid doesn't want a little color in their life? Well, these colored paint sticks give them just that! With twelve different colors to...