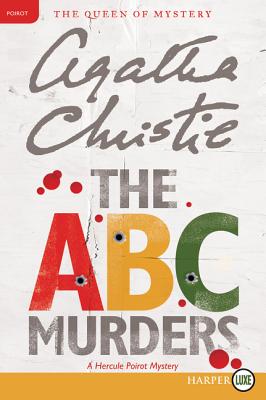 This is book number 13 in the Hercule Poirot Mysteries series.

In this exclusive authorized edition from the Queen of Mystery, Hercule Poirot sets out on the trail of a serial killer.

“There is no more cunning player of the murder game than Agatha Christie.”— Sunday Times (London)

“Let us see, Mr. Clever Poirot, just how clever you can be.”

There’s a serial killer on the loose, working his way through the alphabet and the whole country is in a state of panic.

A is for Mrs. Ascher in Andover, B is for Betty Barnard in Bexhill, C is for Sir Carmichael Clarke in Churston. With each murder, the killer is getting more confident—but leaving a trail of deliberate clues to taunt the proud Hercule Poirot might just prove to be the first, and fatal, mistake.

“Mrs. Christie has invented an entirely new plot for a detective story—a difficult thing in these days; she is to be congratulated on the perfection of her invention.” — The Times (London)

“Her best yet. Where does she get hold of these brilliant notions?” — Bristol Evening Post

“There is no more cunning player of the murder game than Agatha Christie.” — Sunday Times (London)