The Starlet and the Spy: A Novel (Large Print / Paperback) 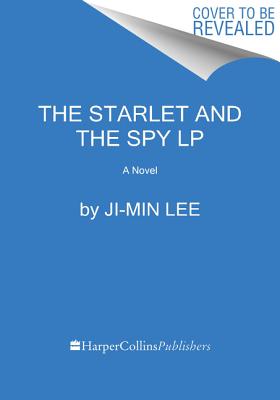 This small volume is proof that a book need not be lengthy to have an impact. Set during and in the year following the Korean War, it is based on a real event. In February 1954, Marilyn Monroe visited Korea to perform for American troops. The fictional Alice J. Kim is chosen to be her translator. A compelling story of the horrors of war and two women who bond under extraordinary circumstances.

“This story of the unlikely meeting of two vulnerable women is a beautifully woven page turner. The battle-weary woman and the pin-up girl who meet, connect, separate: each changed by the brief union.” --Heather Morris, author of the #1 New York Times bestseller The Tattooist of Auschwitz

A dazzling work of historical fiction, based on true events, about two women who seem the most unlikely to ever meet: Alice, a Korean war survivor and translator for the American forces in Seoul and Marilyn Monroe, who is visiting Korea on a four-day USO tour.

February 1954. Although the Korean War armistice was signed a year ago, most citizens of Seoul still battle to return to some semblance of normalcy. Conditions are dismal. Children beg for food, and orphanages are teeming. Alice J. Kim, a Korean translator and typist for the American forces still sanctioned in the city, yearns for the life she used to live before her country was torn apart.

Then Alice’s boss makes an announcement—the American movie star Marilyn Monroe will be visiting Korea on a four-day USO tour, and Alice has been chosen as her translator. Though intrigued, Alice has few expectations of the job—what could she and a beautiful actress at the peak of her fame possibly have to talk about? Yet the Marilyn she meets, while just as dazzling and sensual as Alice expected, is also surprisingly approachable.

As Marilyn’s visit unfolds, Alice is forced into a reckoning with her own painful past. Moving and mesmerizing, The Starlet and the Spy is a beautiful portrayal of unexpected kinship between two very different women, and of the surprising connections that can change, or even save, a life.

Ji-min Lee is a screenwriter in Korea and the author of several novels.

“Ji-Min Lee pens a moving story of war and healing, wrapped in the glittery ribbon of Hollywood myth as east collides with west. Broken, bilingual Alice Kim is barely making ends meet in post-war Seoul, haunted by guilt and loss when she meets the woman who has everything: Marilyn Monroe, newly come to Korea on a USO tour. When Alice is assigned to the dazzling platinum starlet as a translator, both women will see the wounds the other is hiding...but can Alice recover her past strength and forge a new future when Marilyn departs? The Starlet and the Spy is a quiet, luminous story of a woman piecing her soul together in the aftermath of war, heartbreaking and uplifting on every page.”
— Kate Quinn, New York Times bestselling author of The Alice Network

“This story of the unlikely meeting of two vulnerable women is a beautifully woven page turner. The battle-weary woman and the pin-up girl who meet, connect, separate: each changed by the brief union.”
— Heather Morris, author of the #1 New York Times bestseller The Tattooist of Auschwitz

“This is a story about two women who have transcended time. Nobody has written about the tragedy of war with such imagination. It is wonderful and lively and sad and makes you nod in recognition.”-
— Kyung-Sook Shin, New York Times bestselling author of Please Look After Mom

“The Starlet and the Spy explores war and survival, grief and guilt, and our complicated relationship with beauty. This poetically translated, richly imagined novel provides a moving, thought-provoking glimpse into a fascinating moment in history.”
— Meg Waite Clayton, author of The Race for Paris

“Lee’s touching examination of the long shadow of a war cast over one woman will leave readers intensely moved.”
— Publishers Weekly

“With great care and mastery of poetic language, translator Kim
brings Lee’s novel to English-language readers, a large swath of whom it will speak to. Lovers of historical fiction will appreciate Lee’s attention to dates and details, while readers seeking intrigue will find plot aplenty, and it’s all tangled in a tragic romance built up to epic proportions.”
— Booklist

“Unique in its setting, mid-1950s Korea newly split by communism after two devastating wars, this brief novel will be appreciated by readers who enjoy historical context and/or strong female protagonists”
— Library Journal