The Forgotten Daughter: The triumphant story of two women divided by their past, but united by friendship--inspired by true events (Large Print / Paperback) 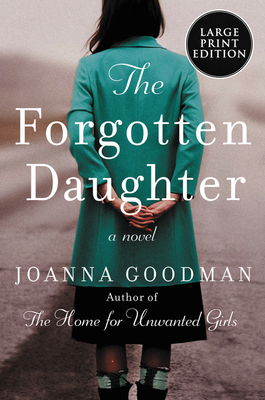 1992: French-Canadian factions renew Quebec’s fight to gain independence, and wild, beautiful Véronique Fortin, daughter of a radical separatist convicted of kidnapping and murdering a prominent politician in 1970, has embraced her father’s cause. So it is a surprise when she falls for James Phénix, a journalist of French-Canadian heritage who opposes Quebec separatism. Their love affair is as passionate as it is turbulent, as they negotiate a constant struggle between love and morals.

At the same time, James’s older sister, Elodie Phénix, one of the Duplessis Orphans, becomes involved with a coalition demanding justice and reparations for their suffering in the 1950s when Quebec’s orphanages were converted to mental hospitals, a heinous political act of Premier Maurice Duplessis which affected 5,000 children.

Véronique is the only person Elodie can rely on as she fights for retribution, reliving her trauma, while Elodie becomes a sisterly presence for Véronique, who continues to struggle with her family’s legacy.

The Forgotten Daughter is a moving portrait of true love, familial bonds, and persistence in the face of injustice. As each character is pushed to their moral brink, they will discover exactly which lines they’ll cross—and just how far they’ll go for what they believe in.

Joanna Goodman is the author of the bestselling novels The Home for Unwanted Girls and The Finishing School. Originally from Montreal, she now lives in Toronto with her husband and two children.

“Resonant and relevant....The characters, complex and flawed, love and fight so fiercely that it’s hard not to be drawn into their passionate orbits and to feel, even slightly, a glimmer of hope as they refuse to give up on the ideal of happiness.”
— Kirkus

“In this captivating story layered with love, suspense, grief, and redemption, Goodman once again creates intriguing characters that will immediately draw readers in.”
— Booklist

“The ending hits a perfect emotional note: bittersweet and honest, comforting and regretful.”
— Kirkus (for The Home for Unwanted Girls)

“Moving.”
— Publishers Weekly (for The Home for Unwanted Girls)

“A study of how love persists through the most trying of circumstances. Deep and meaningful, this novel captures the reader’s attention until they’re rewarded with a happy ending.”
— Booklist (for The Home for Unwanted Girls)

"A heart-wrenching saga of love and loss that's not to be missed."
— Toronto Star (for The Home for Unwanted Girls)