Knocked Out by My Nunga-Nungas: Further, Further Confessions of Georgia Nicolson (Paperback) 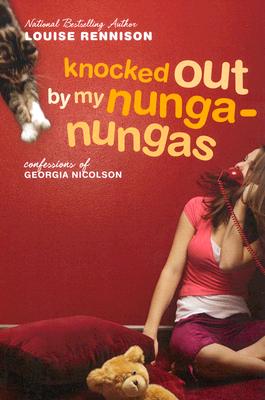 This is book number 3 in the Confessions of Georgia Nicolson series.

Georgia Nicolson is now the girlfriend of the Sex God (aka Robbie), and things are wonderful. Except her loony parents are dragging her off to Och Aye land (aka Scotland), and the Sex God's band's chance at a record contract has left her something of a "pop widow."

Then up rears temptation in the form of old flame Dave the Laugh. Is Georgia about to become a shameless vixen?