The Wedding of the Two-Headed Woman: A Novel (Hardcover) 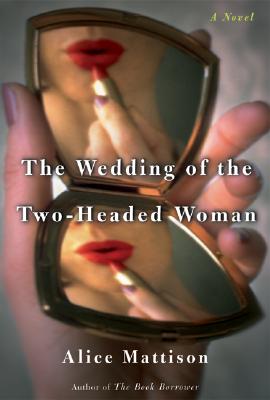 By Alice Mattison
Email or call for price.
Hard to Find

Following an early first marriage, Daisy Andalusia remained single and enjoyed the company of men on her own terms, making the most of her independent life -- especially her sexual freedom. But now, in her fifties, she is no longer unattached; after a long on-again off-again love affair, she has married inner-city landlord Pekko Roberts. A resident of New Haven, Connecticut, Daisy earns her living organizing clutter, a calling that affords her an intimate peek at the disorder of the lives of others. Her business soon leads her to a Yale project studying small cities, where she partners with the ebullient director, Gordon Skeetling.

Over her husband's fierce objections -- and working with Gordon, with whom life becomes ever more complicated -- Daisy organizes a conference about murder in small cities, including New Haven. And for a community theater group seeking a subject for a play, Daisy appropriates a tabloid headline that Gordon has kept for years among the dusty piles in his office: two-headed woman weds two men: doc says she's twins. These words will take on increasing significance over eight transformative months, March through October, 2001, as Daisy questions whether she can truly be a part of anything -- a two-headed woman, a friendship, a marriage -- while discovering more about herself than she wants to know.

Profoundly moving and psychologically penetrating, The Wedding of the Two-Headed Woman is the intimate, endearing, and finally triumphant story of how Daisy at last learns to live the life she has so lovingly crafted for herself.

Alice Mattison is the award-winning author of four story collections and five novels, including Nothing Is Quite Forgotten in Brooklyn. She teaches fiction in the graduate writing program at Bennington College in Vermont and lives in New Haven, Connecticut.