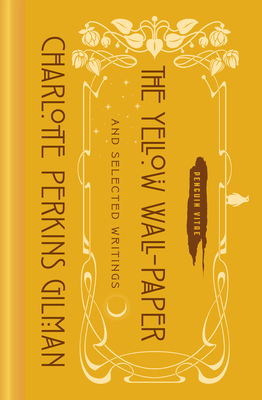 By Charlotte Perkins Gilman, Kate Bolick (Introduction by)
$28.00
On Our Shelves Now

A collection of the groundbreaking feminist writer's most famous works, with a thought-provoking introduction by bestselling author Kate Bolick.

Wonderfully sardonic and slyly humorous, the writings of landmark American feminist and socialist thinker Charlotte Perkins Gilman were penned in response to her frustrations with the gender-based double standard that prevailed in America as the twentieth century began. Perhaps best known for her chilling depiction of a woman's mental breakdown in her unforgettable 1892 short story "The Yellow Wall-Paper," Gilman also wrote Herland, a wry novel that imagines a peaceful, progressive country from which men have been absent for 2,000 years. Both are included in The Yellow Wall-Paper and Selected Writings, along with a selection of Gilman's major short stories and her poems. New York Times bestselling author Kate Bolick contributes an illuminating introduction that explores Gilman's fascinating yet complicated life.

Penguin Classics launches a new hardcover series with five American classics that are relevant and timeless in their power, and part of a dynamic and diverse landscape of classic fiction and nonfiction from almost seventy-five years of classics publishing. Penguin Vitae provides readers with beautifully designed classics that have shaped the course of their lives, and welcomes new readers to discover these literary gifts of personal inspiration, intellectual engagement, and creative originality.

Charlotte Perkins Gilman (1860-1935) was born in New England, a descendant of the prominent and influential Beecher family. In 1884 she married Charles Water Stetson. After giving birth, Charlotte sank into a deep depression. She entered a sanitarium in Philadelphia to undergo the 'rest cure', a controversial treatment, which forbade any type of physical activity or intellectual stimulation. In 1892, she published the now-famous story “The Yellow Wall-Paper.” In 1898, her most famous nonfiction book, Women and Economics, was published. With its publication, and subsequent translation into seven languages, Gilman earned international acclaim. In 1900, she married her first cousin, George Houghton Gilman. Over the next thirty-five years, she wrote and published hundreds of stories and poems and more than a dozen books.

Kate Bolick’s first book, the best-selling Spinster: Making a Life of One’s Own, was named a New York Times Notable Book of 2015. A contributing editor for The Atlantic, Bolick is also host of “Touchstones at The Mount,” an annual interview series at Edith Wharton’s country estate, in Lenox, Massachusetts. Previously, she was executive editor of Domino magazine, and a columnist for The Boston Globe’s Ideas section. She teaches writing at New York University, in both the Cultural Reporting and Criticism MA program and the Gallatin School of Individualized Study. Bolick speaks frequently at colleges and conferences, and has appeared on the Today show, CBS Sunday Morning, CNN, MSNBC, and numerous NPR programs across the country. 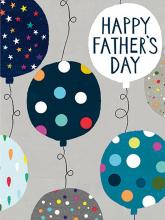 Let your father know you love him with this Father's Day greeting card. This card is embellished with metallic foil and embossing, so it really pops...