My Policeman: A Novel (Paperback) 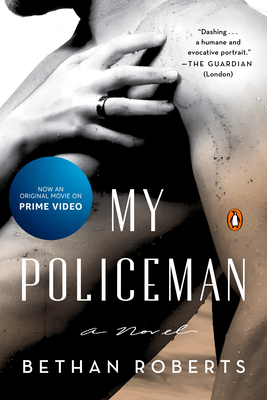 It is in 1950's Brighton that Marion first catches sight of Tom. He teaches her to swim, gently guiding her through the water in the shadow of the city's famous pier and Marion is smitten—determined her love alone will be enough for them both. A few years later near the Brighton Museum, Patrick meets Tom. Patrick is besotted, and opens Tom's eyes to a glamorous, sophisticated new world of art, travel, and beauty. Tom is their policeman, and in this age it is safer for him to marry Marion and meet Patrick in secret. The two lovers must share him, until one of them breaks and three lives are destroyed.

In this evocative portrait of midcentury England, Bethan Roberts reimagines the real life relationship the novelist E. M. Forster had with a policeman, Bob Buckingham, and his wife. My Policeman is a deeply heartfelt story of love's passionate endurance, and the devastation wrought by a repressive society.

Bethan Roberts was born in Abingdon. Her first novel The Pools was published in 2007 and won a Jerwood/Arvon Young Writers' Award. Her second novel The Good Plain Cook, published in 2008, was serialized on BBC Radio 4's Book at Bedtime and was chosen as one of Time Out's books of the year. My Policeman was the 2012 Brighton City Read and an Irish Times Book of the Year. She also writes drama for BBC Radio 4. Bethan has worked in television, and has taught Creative Writing at Chichester University and Goldsmiths College, London. She lives in Brighton with her family. Her latest novel, Mother Island won a Jerwood Fiction Uncovered Prize 2015.

An Irish Times Book of the Year

“Stunning...overdue in becoming a sensation...Roberts’s messy collision of desires and drives leads to thwarted dreams, heartbreak, betrayal and a prison sentence. It’s a story as old as time, but, to my mind, it’s never been told so effectively, principally because Roberts invests us emotionally in both sides of the tug-of-war...It’s not a happy story. It’s better than that, fraught and honest.”  —New York Times Book Review

"A powerful story of forbidden love, regret, and living as your true self." —Vanity Fair

“Roberts beautifully captures the devastation of being unable or unwilling to live in one’s truth…A melancholy story about love, loss, and unnecessary suffering.” —Kirkus Reviews

“A humane and evocative portrait of a time when lives were destroyed by intolerance.”  —The Guardian

“A moving story of longing and frustration.”  —The Observer

“Bethan Roberts is a fearless writer.” —Louise Welsh, author of The Cutting Room, on The Good Plain Cook