The Future of Christian Marriage (Hardcover) 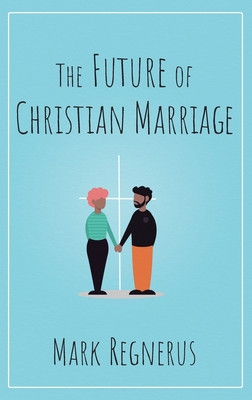 By Mark Regnerus
Email or call for price.
Backordered

Marriage has come a long way since biblical times. Women are no longer property, and practices like polygamy have long been rejected. The world is wealthier, healthier, and more able to find and form relationships than ever. So why are Christian congregations doing more burying than marrying today? Explanations for the recession in marriage range from the mathematical--more women in church than men--to the economic, and from the availability of sex to progressive politics. But perhaps marriage hasn't really changed at all. Instead, there is simply less interest in marriage in an era marked by technology, gender equality, and secularization. Mark Regnerus explores how today's Christians find a mate within a faith that esteems marriage but in a world that increasingly yawns at it. This book draws on in-depth interviews with nearly two hundred young-adult Christians from the United States, Mexico, Spain, Poland, Russia, Lebanon, and Nigeria, in order to understand the state of matrimony in global Christian circles today. Regnerus finds that marriage has become less of a foundation for a couple to build upon and more of a capstone. Meeting increasingly high expectations of marriage is difficult, though, in a free market whose logic reaches deep into the home today. The result is endemic uncertainty, slowing relationship maturation, and stalling marriage. But plenty of Christians innovate, resist, and wed, and this book argues that the future of marriage will be a religious one.

Mark Regnerus is Professor of Sociology at the University of Texas at Austin, and a senior fellow at the Austin Institute for the Study of Family and Culture. His research is in the areas of sexual relationship behavior, family, marriage, and religion. He is the author of over 40 published articles and book chapters, and three other Oxford University Press books on adolescent and young adult relationship behavior. His work has been widely reviewed, and his research and opinion pieces have been featured in numerous media outlets.