Images from the World Between: The Circus in Twentieth-Century American Art (Paperback) 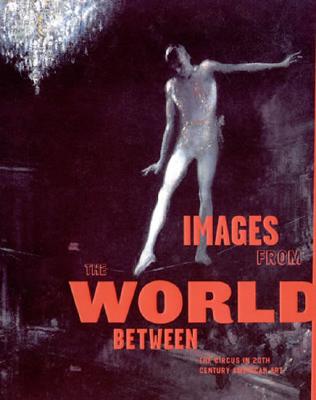 The circus as a focal point of twentieth-century American art.

Images from the World Between is an engaging survey of circus imagery in twentieth-century American art. In her introductory essay, curator Donna Gustafson chronicles the history of the American circus, showing how and why it came to be an important subject for American art. Through a discussion of a wide range of paintings, sculptures, prints, and photographs, Gustafson examines how the circus has been represented both as a microcosm of society and as an alternative reality. Some artists have been drawn to the abstract beauty of the circus ring, tent, and performances. Others have immortalized individual performers such as trapeze artist Alfredo Codona, animal trainer Clyde Beatty, and aerialist Lillian Lietzel for their physical prowess, grace, and courage. Still others have focused on the darker aspects of circus life, such as the danger inherent in many of the performances and the appeal of the grotesque.The book accompanies an exhibition organized by the American Federation of Arts. Among the artists discussed are Diane Arbus, George Bellows, Rhona Bitner, Alexander Calder, John Stuart Curry, Charles Demeuth, Walt Kuhn, Yasuo Kuniyoshi, Lisette Model, and Bruce Nauman. In addition to Gustafson's, the book contains essays by Karal Ann Marling on the postwar revival of interest in circus motifs and on the clown in popular culture, by Ellen Handy on the circus in twentieth-century photography, by Lee Siegel on the circus in twentieth-century literature, and by Eugene R. Gaddis on A. Everett Chick Austin's collection and exhibition of paintings with circus themes. As director of the Wadsworth Atheneum and the Ringling Museum of Art, and as a performing magician, Austin united the worlds of art and the circus.