The Zong: A Massacre, the Law and the End of Slavery (Hardcover) 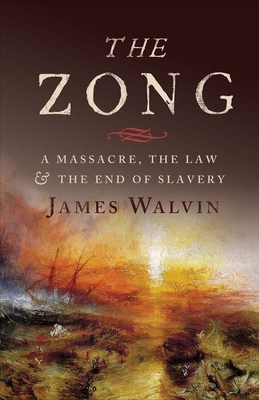 By James Walvin
Email or call for price.
Out of Print

On November 29, 1781, Captain Collingwood of the British ship Zong commanded his crew to throw overboard one-third of his cargo: a shipment of Africans bound for slavery in America. The captain believed his ship was off course, and he feared there was not enough drinking water to last until landfall. This book is the first to examine in detail the deplorable killings on the Zong, the lawsuit that ensued, how the murder of 132 slaves affected debates about slavery, and the way we remember the infamous Zong today.

Historian James Walvin explores all aspects of the Zong’s voyage and the subsequent trial—a case brought to court not for the murder of the slaves but as a suit against the insurers who denied the owners’ claim that their “cargo” had been necessarily jettisoned. The scandalous case prompted wide debate and fueled Britain’s awakening abolition movement. Without the episode of the Zong, Walvin contends, the process of ending the slave trade would have taken an entirely different moral and political trajectory. He concludes with a fascinating discussion of how the case of the Zong, though unique in the history of slave ships, has come to be understood as typical of life on all such ships.

James Walvin is professor emeritus, University of York, and a world authority on transatlantic slavery. Among his many previous books are Black Ivory: Slavery in the British Empire and The Trader, The Owner, The Slave: Parallel Lives in the Age of Slavery. He lives in York, UK.