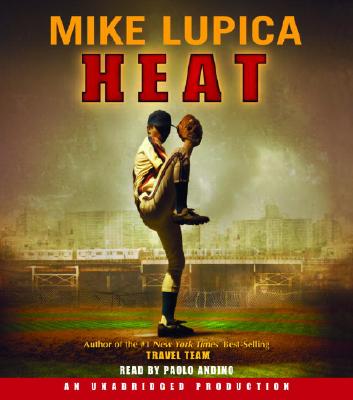 By Mike Lupica, Paolo Andino (Read by)
Email or call for price.
Hard to Find

Michael Arroyo has a pitching arm that throws serious heat. But his firepower is nothing compared to the heat Michael faces in his day-to-day life. Newly orphaned after his father led the family's escape from Cuba, Michael's only family is his seventeen-year-old brother Carlos. If Social Services hears of their situation, they will be separated in the foster-care system--or worse, sent back to Cuba. Together, the boys carry on alone, dodging bills and anyone who asks too many questions. But then someone wonders how a twelve-year-old boy could possibly throw with as much power as Michael Arroyo throws. With no way to prove his age, no birth certificate, and no parent to fight for his cause, Michael's secret world is blown wide open, and he discovers that family can come from the most unexpected sources.
"The dialogue crackles, and the rich cast of supporting characters--especially Michael's battery mate, catcher and raconteur Manny--nearly steals the show. Top-notch entertainment in the Carl Hiaasen mold.""--Booklist, " starred review.

Mike Lupica is the author of many novels for sports fans, most notably the #1 bestselling "Travel Team," his first novel for young readers. His columns for New York's "DailyNews" are syndicated nationally, and he is a regular on ESPN's "The Sports Reporters." Mr. Lupica lives in Connecticut with his wife and their four children.