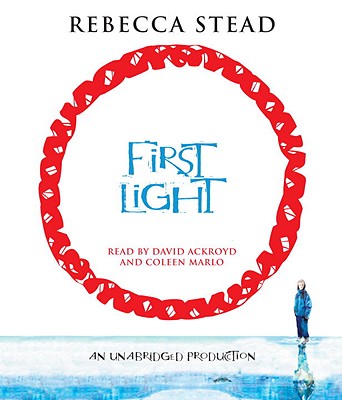 By Rebecca Stead, David Ackroyd (Read by), Coleen Marlo (Read by)
Email or call for price.
Hard to Find

PETER IS THRILLED to leave New York City to accompany his parents on an expedition to Greenland to study global warming. There he has visions of things that should be too far away for him to see.

Generations ago, the people of Thea’s community were hunted for possessing unusual abilities, so they fled beneath the ice. Thea needs help that only Peter can give. Their meeting reveals secrets of both their pasts, and changes the future for them both forever.

Rebecca Stead is the author of "First Light." She lives in Manhattan with her husband and their two sons. "From the Hardcover edition."