The Missing World: A Novel (Paperback) 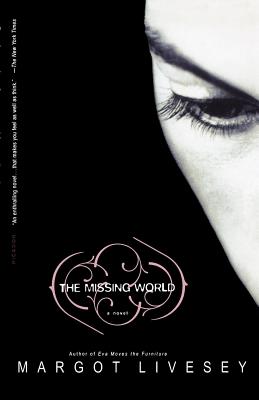 What if--by a stroke of fortune--you could start afresh, could wipe away that catastrophic blunder in your past? And to what lengths would you go to establish that in fact you'd done nothing wrong at all? After an accident robs Hazel of three years' worth of memory, just such an opportunity is granted to her ex-boyfriend Jonathan. What follows in Margot Livesey's The Missing World is a brilliant inverted love story: one man's desperate attempts to realize and rationalize a lie, and a woman's harrowing attempts to recognize the truth.

Margot Livesey is the award-winning author of a story collection, Learning by Heart, and of the novels Homework, Criminals, The Missing World, and Eva Moves the Furniture, which was a New York Times Notable Book, an Atlantic Monthly Best Book of the Year, and a PEN/Winship finalist. Born in Scotland, she currently lives in the Boston area, where she is writer in residence at Emerson College.

“An enthralling novel . . . that makes you feel as well as think.” —The New York Times

“Delicate and terrifying . . . a modern-day Rebecca.” —The Boston Globe

“The sort of old-fashioned tale that Maugham would have admired--its thrills are understated, delicious, and not to be missed. . . . [Livesey's] style recalls the early, best Hitchcock, as evil unfolds in the most commonplace of circumstances.” —The Washington Post Book World

“A page-turner: suspenseful, crisp, beautifully crafted . . . Livesey is a riveting storyteller as masterful as Patricia Highsmith or Ruth Rendell.” —The San Diego Union-Tribune