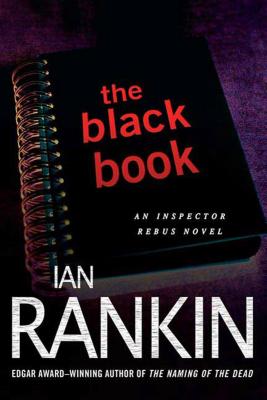 This is book number 5 in the Inspector Rebus Novels series.

The Sunday Telegraph raves, "No one captures the noirish side of the city as well as Rankin," and The Black Book is one of his best.

Five years ago, a mysterious fire burned Edinburgh's seed Central Hotel to ashes. Long-forgotten and unsolved, the case reappears when a charred body--with a bullet in its head--is found amongst the ruins. Inspector John Rebus knows that his superiors would rather he let sleeping dogs lie. He knows that part of the answer lies somewhere in a cryptic black notebook. And he knows that to solve the case, he'll have to peel back layer upon layer of unspeakable secrets to arrive at the truth. . .

“Thick and zesty as a bottomless bowl of Scotch broth. ...Rebus ... shines right down to the nasty surprise on the last page.” —Kirkus Reviews

“No one captures the noirish side of the city as well as Rankin.” —Sunday Telegraph