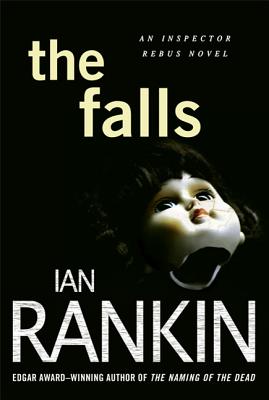 This is book number 12 in the Inspector Rebus Novels series.

Ian Rankin's John Rebus, arguably the most realistic detective in crime fiction, is a brilliant but troubled man. When a young woman goes missing near his native Edinburgh, Scotland, Rebus finds himself just one small cog in the huge wheel of an inquiry set in motion by her powerfully rich father. Struggling to deal with both his own often-terrifying inner demons as well as the monstrous bureaucracy of the investigative team, Rebus finds himself drawn again and again into the case, desperately searching for the girl's salvation, as well as his own.

In time Rebus uncovers two leads: one, a carved wooden doll stuffed tightly into a tiny casket, and the other the missing girl's possible involvement in a dark, disturbing Internet-based role-playing game. He enlists the help of the tech-savvy DC Siobhan Clarke, who is young enough to know her way around the net, but who may not be old and wise enough to avoid potentially deadly pitfalls and traps. Meanwhile, Rebus tracks down stories of similar caskets and dolls turning up in the area deep into Edinburgh's past, some stretching back to a time when body-snatchers turned into brutal killers.

As Rebus and Clarke delve deeper and deeper into these perilous and obscure worlds, ancient and modern evils begin to converge and soon Rebus finds he's besieged by an impenetrable mass of secrets, lies, and deadly deceit that only he can make sense of. In The Falls, a brilliant addition to an award-winning series, both John Rebus and his creator, Ian Rankin, are at the top of their intense and satisfying form.

“Rankin's brilliant evocation of a moody Edinburgh, deeply human characters and labyrinthine plot give dimension to this always absorbing series. With his stubborn insistence on tying up the frayed ends of every knotty clue, and iconoclastic refusal to be a team player, hard-drinking Rebus is a bane to his superiors but a blessing to readers.... Readers won't be able to skim this dark, densely written novel, but they won't want to. Artfully placed red herrings, a large cast of multifaceted characters and a gripping pace will keep them engrossed. And Rebus is a character whose devils and idiosyncrasies will leave them eager for more.” —Publishers Weekly (Starred Review)

“Like Rebus, readers will find no city more beautiful than Edinburgh, no locale more intriguing than Arthur’s Seat—and no characters in the genre more provocative or sharply delineated than Rankin’s ongoing cast.” —Kirkus Reviews (Starred Review)

“A complex mystery novel, as you would expect from Rankin, one of a handful of truly outstanding British mystery writers... Terrific.” —Observer

“The Falls is an inventive and absorbing book... highly enjoyable and exciting.” —The Scotsman