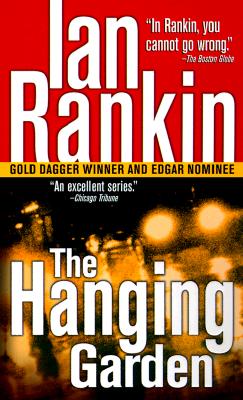 Detective Inspector John Rebus is buried under a pile of paperwork generated by his investigations into a suspected war criminal, and his immediate supervisors are more than happy to have him tucked away in a quiet backwater for several months. However, the escalating dispute between upstart Tommy Telford and Big Ger Cafferty's gang soon gives Rebus an escape clause. Telford is known to have close ties to a man nicknamed Mr. Pink Eyes, a brutal gangster running a lucrative business bringing Chechen refugees into Britain to work as prostitutes. And when Rebus takes under his wing a distraught Bosnian call girl, it gives him a personal reason to make sure Telford takes the high road out of town. Within days, Rebus's daughter is the victim of an all-too-professional hit-and-run, and Rebus knows that there's nothing he won't do to bring down prime suspect Tommy Telford--even if it means cutting a deal with the devil.

A chilling glimpse into the darkest extremes of human cruelty, a page-turning literary thriller, this ninth entry in Ian Rankin's award-winning series confirms his reputation as a writer of rare and lasting gifts.

"Rebus, a puzzle to himself and an enigma to everyone else ... remains one of the most charismatic heroes in contemporary crime fiction."--Kirkus Reviews "The two cases [Rebus] is investigating here are complex, like one of those fiendishly difficult double-sided jigsaws. The skill with which Rankin fits them together is formidable."
--Sunday Telegraph "Rankin's handling of the gangland plot, culminating in a sting designed to entrap the multi-national mobsters as they raid a huge drug-making plant is masterly."
--Sunday Times "Rankin uses his laconic prose as a literary paint stripper, scouring away pretensions to reveal the unwholesome reality beneath."
--Independent