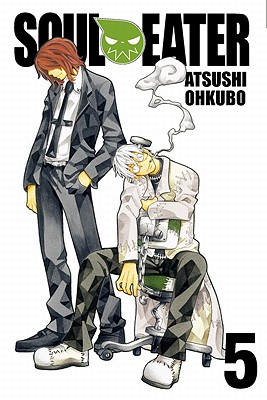 This is book number 5 in the Soul Eater series.

On the night of DWMA's anniversary celebration, every meister and weapon in Death City has gathered at the school for an evening of music and dancing. Little do they know that the witch Medusa is about the crash Shinigami-sama's party. Trapping the meisters inside, the witch makes her way to the chamber where the First Kishin is imprisoned. Will the few meisters who've managed to escape be enough to prevent Medusa from rousing the madness that slumbers far below in the Kishin's domain?