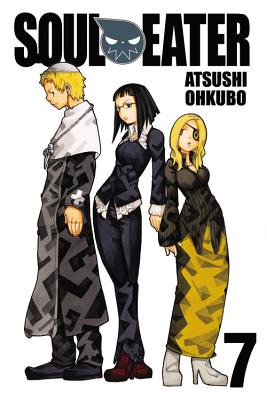 This is book number 7 in the Soul Eater series.

Shinigami-sama summons the strongest weapons from around the world to contain the rogue kishin and the spread of his madness. As these powerful weapons strategize for what will be the most difficult battle of their lives, the students of DWMA try to get back to their normal lives as best they can. For Maka, adjusting to the dangerous times is nothing compared to Crona's struggle to adjust to life as a DWMA student!