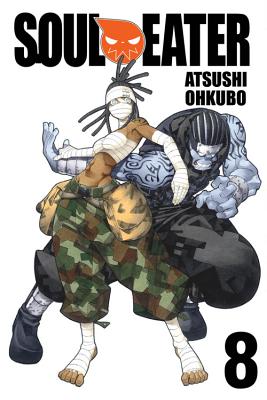 This is book number 8 in the Soul Eater series.

While Black*Star and Tsubaki keep Mifune and Mosquito distracted, Sid is able to locate Arachnophobia's demon tool and put an abrupt end to their sinister plans. But though the evil organization won't be manipulating anyone's morality anytime soon, the blueprints for the dangerous tool are sealed away in Shinigami-sama's secret vault rather than destroyed. Surely Shinigami-sama would never think of constructing a demon tool himself?!