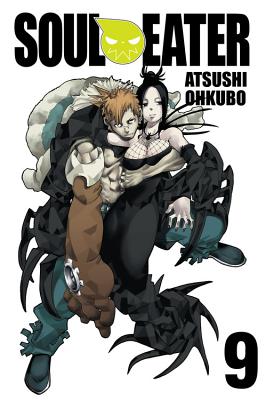 This is book number 9 in the Soul Eater series.

Crona's loyalties are torn as Medusa regroups and plots to beat both DWMA and her sister, Arachne, in the arms race for Eibon's demon tools. As the madness of the Kishin continues to spread, Maka, Black*Star, and Kid begin even more rigorous training to master their weapons and work together as a team. Will they be ready to face Arachnophobia in time for their next mission? Or will internal strife tear them apart?!