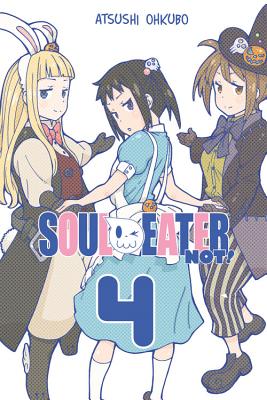 This is book number 4 in the Soul Eater NOT! series.

Tsugumi Harudori is in love with life at DWMA, but she still hasn't made a decision on whether to take Meme or Anya as her meister. Anya has delivered an ultimatum: Tsugumi must make her choice by Halloween--and the clock is ticking! Can Tsugumi make up her mind in time, and without hurting one of her friends? It's a savage but super-fun life!