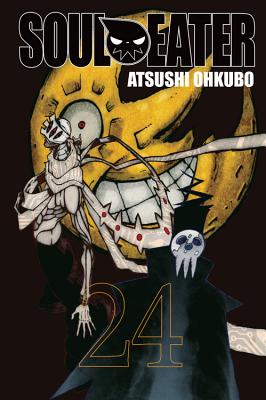 This is book number 24 in the Soul Eater series.

DWMA braces for the final showdown as the Kishin awakens from his slumber at the heart of the moon. Unable to contain his rage, Noah is the first to attack, the Book of Eibon and "BREW" fueling his assault. Despite his formidable efforts, though, Noah is overcome not by the Kishin, but by the sudden appearance of Crona. With the world hanging in the balance, DWMA can only wonder who will prove to be the greater foe--the Kishin...or Crona...