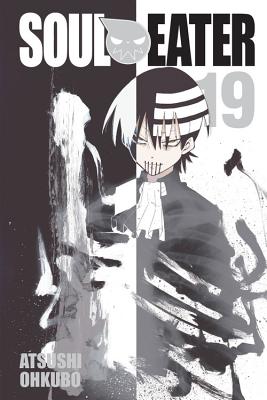 This is book number 19 in the Soul Eater series.

In his madness, Death the Kid has embraced a new notion of "order": Only in nothingness can there be true balance and equilibrium. But for Black*Star, being on equal footing with anyone is not his style. Black*Star has always wanted to "transcend the gods"-now his only chance may be to overpower his shinigami friend and take Death down if he wants to save him...!