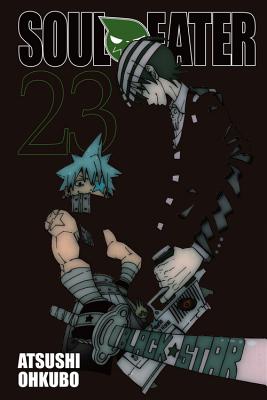 This is book number 23 in the Soul Eater series.

Kid enters the witches' realm to appeal for help! Though they have been DWMA's enemies for years, the witches share a respect for order--and are equally threatened by the Kishin. Kid's immediate goal is to deal with the situation on the moon, but he hopes that the negotiations will forge a new pact between DWMA and witches in the future--assuming anyone survives the Kishin's madness!