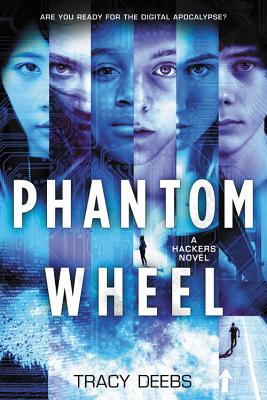 Six teenage hackers are given the chance of a lifetime for a free college education and guaranteed job at the CIA, if they win a coding challenge. But they soon find out that their code will be used by a Google-like company with plans to install free charging stations in key cities around the world, and surrepticiously take data from the user’s device. Only the hackers will be able to stop them, and time is running out. A wonderful thriller for computer lovers!

The digital apocalypse has arrived and the future is here in this addictive technological thriller full of twists and turns. Perfect for fans of Nerve!

Being recruited by the CIA to join a top-secret intelligence program should be the opportunity of a lifetime. For Issa, it's a shot at creating a new and better life for herself and her siblings. For clever con artist Harper, it's a chance to bury the secrets of her troubled past and make sure that those secrets stay buried. But for Owen--honor student, star quarterback, and computer-hacking genius--it sounds like a trap.

Owen discovers that instead of auditioning for the CIA, they've all been tricked by a multibillion-dollar tech company into creating the ultimate computer virus. It's called Phantom Wheel, and it's capable of hacking anyone on Earth, anywhere, at any time. And thanks to six teenagers, it's virtually unstoppable.

Horrified by what they've done, the hackers must team up to stop the virus before the world descends into chaos. But working together is easier said than done, especially as the lines start to blur between teammate, friend, and more than friend. Because how do you learn to trust someone when you've spent your entire life exploiting that same trust in others?

Tracy Deebs has written numerous young adult novels, including Doomed, which was a YALSA finalist and has been on numerous state reading lists. She's also the author of the mermaid series Tempest, and is the co-author the award-winning series, The Hero Agenda. She is also the author of three New York Times bestsellers from the Ethan Frost adult series. Tracy lives in Austin, Texas.

*"Deebs pulls no punches in this high-octane yet character-driven plot...Japanese-American, Colombian-American, and mixed-race identities as well as on-the-page asexual representation all effortlessly feature among this black-hat group. A must-read for every aspiring hacktivist."
—Kirkus Reviews (starred review)

"A propulsive blockbuster of a book...Cinematic in scope and delivery, this offers an exciting ride with a heavy geek vibe."
—Booklist

"The premise itself is well-worn, but Deebs's fast-paced plot, cinematic action, and racially diverse, gender-equal cast makes this an entertaining adventure."
—Publishers Weekly

"The story is timely, the characters are engaging, and the action is fun in this suspenseful novel."
—SLC