The World According to Garp: A Novel (Paperback) 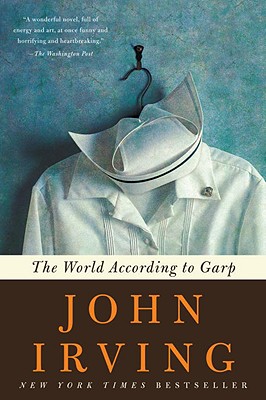 This is the life and times of T. S. Garp, the bastard son of Jenny Fields, a feminist leader ahead of her time. This is the life and death of a famous mother and her almost-famous son; theirs is a world of sexual extremes, even of sexual assassinations. It is a novel rich with lunacy and sorrow, yet the dark, violent events of the story do not undermine a comedy both ribald and robust. In more than thirty languages, in more than forty countries–with more than ten million copies in print–this novel provides almost cheerful, even hilarious evidence of its famous last line: “In the world according to Garp, we are all terminal cases.”

John Irving has been nominated for a National Book Award three times—winning once, in 1980, for the novel The World According to Garp. In 1992, Mr. Irving was inducted into the National Wrestling Hall of Fame in Stillwater, Oklahoma. In 2000, he won the Oscar for Best Adapted Screenplay for The Cider House Rules—a film with seven Academy Award nominations.

“The most powerful and profound novel about women written by a man in our generation . . . Like all extraordinary books, Garp defies synopsis. . . . A marvelous, important, permanent novel by a serious artist of remarkable powers.”—Chicago Sun-Times

“Nothing in contemporary fiction matches it. . . . Irving’s blend of gravity and play is unique, audacious, almost blasphemous. . . . Brilliant, funny, and consistently wise; a work of vast talent.”—The New Republic

“A wonderful novel, full of energy and art, at once funny and horrifying and heartbreaking.”—Washington Post 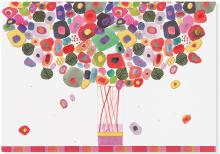 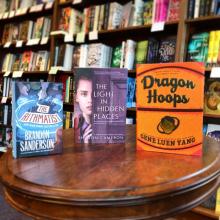