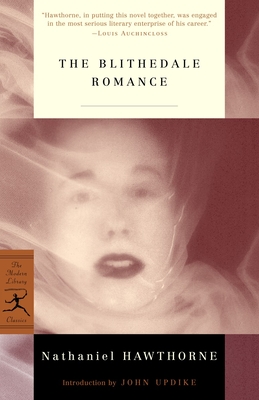 The Blithedale Romance, considered one of Hawthorne's major novels, explores the limitations of human nature set against an experiment in communal living. From mesmerism to illicit love, The Blithedale Romance represents one of Hawthorne's best and most sharply etched works, one that Henry James called his "brightest" and "liveliest" novel, and that Roy Male, acclaimed Americanist scholar, said is "one of the most underrated works in American fiction."

This Modern Library Paperback Classics edition is set from the definitive Ohio State University Press Centenary edition of the novel.

"Hawthorne, in putting this novel together, was engaged in the most serious literary enterprise of his career."
--Louis Auchincloss