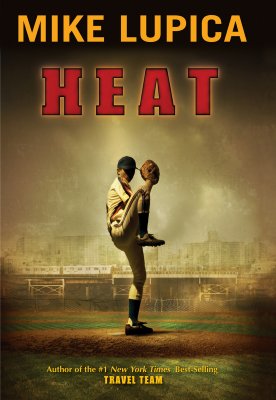 By Mike Lupica
Email or call for price.
Hard to Find

The #1 New York Times bestseller inspired by the true-life story of a former little leaguer Twelve-year-old Michael Arroyo lives in the shadows of Yankee Stadium, home of his heroes, but a place that might as well be on a different continent since he can't afford to see the inside. He also lives in the shadows of his Bronx neighborhood, hiding from the bill collectors and the officials who would separate him from his seventeen-year-old brother if they knew the two boys were living on their own. Baseball is Michael's only salvation, along with his dream of playing in the Little League World Series--until a rival accuses Michael of being older than the league limit. With no parents and a birth certificate that is stuck in his native Cuba, the shadows in Michael's life grow darker. But that is when heroes emerge, and for Michael, heroes don't come any bigger than the Yankees. Praise for HEAT * "The dialogue crackles, and the rich cast of supporting characters nearly steals the show. Top-notch entertainment in the Carl Hiaasen mold."--Booklist, starred review "Lupica scores another hit with this warmhearted novel."--School Library Journal " C]onvincing characterization and exciting on-field action help Lupica throw out a baseball story with heart."--Publisher's Weekly

Mike Lupica is the author of multiple bestselling books for young readers, including QB 1, Heat, Travel Team, Million-Dollar Throw, and The Underdogs. He has carved out a niche as the sporting world's finest storyteller. Mike lives in Connecticut with his wife and their four children. When not writing novels, Mike Lupica writes for New York's Daily News, appears on ESPN's The Sports Reporters and hosts The Mike Lupica Show on ESPN Radio. You can visit Mike Lupica at mikelupicabooks.com