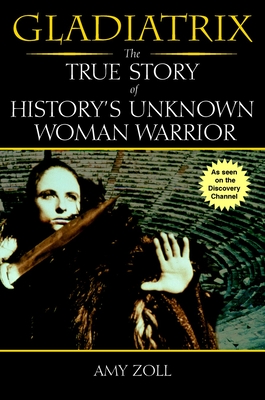 THE TRUTH BEHIND THE SPECTACLE… THE STORY THAT STUNNED THE WORLD.These may be the only remains of a gladiator ever found. The evidence that they were female not only made history but changed it, giving a new understanding of the role of women in Roman society. Was it really possible for a woman to have embraced masculine virtues and acquired masculine skills—and to have been encouraged to revel in the blood-and-death spectacle of gladiatorial combat? Gladiatrix enters this startling new world for the first time. It also unearths the inspirations for these warrior women of Rome—the legend of the Amazons and the true story of Boudica, the Warrior Queen who almost brought the Roman Empire to its knees. And it recreates the startling life of a female outcast who lived and died like no other, to became history’s most remarkable sister-in-arms.