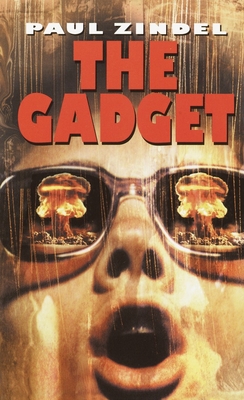 Near the end of World War II, scientists in Los Alamos, New Mexico, are working on a project that will alter the fate of the world. Thirteen-year-old Stephen Orr is living at a top secret military base with his father who is a leading physicist building the atomic bomb. Stephen realizes the dangers involved when one of the scientists becomes hospitalized as a result of working with the project. The scientist alerts him to disasters that could come from The Gadget. Stephen feels it is up to him and his friend Tilanov
to find the answers that lie behind this veil of secrecy.

"I like storytelling. We all have an active thing that we do that gives us self-esteem, that makes us proud; it's necessary. I have to tell stories because that's the way the wiring went in." -- Paul Zindel


Paul Zindel, one of the founders of the young adult literary genre, is a writer with a great respect for memory. He has used his own reminiscences of youth, as well as his experience as a high school teacher, to create characters infused with the spirit and longing of adolescence. As he writes in his autobiography, The Pigman & Me:


"Eight hundred and fifty-three horrifying things had happened to me by the time I was a teenager. . . . If you haven't croaked before finishing this book, then you'd understand how I survived being a teenager."


It is Zindel's ability to write about teens with honesty and humor that has made him one of today's most renowned and beloved writers of books for young people. As New York Newsday recently remarked, Zindel is "the rare specimen of a grown-up who seems to have total recall of that emotional roller-coaster ride."


Born in 1936 on Staten Island, New York, Paul Zindel was raised by a single working mother after his father deserted the family when Zindel was two years old. To find work, Zindel's mother moved the family fifteen times during his childhood and adolescence. As a result, Zindel didn't form many close friendships. He turned inward, becoming an adept observer of the world around him, a trait that would serve him well as a writer.


"All of my novels begin with real, specific moments from my own life," says Zindel, and in fact, most of his novels deal with issues that mirror Zindel's experiences as a teen: a fatherless adolescence, a turbulent relationship with a mother, feelings of worthlessness, and the absence of long-term friendships.


In fact, everywhere you look in his work, you'll find reflections of his childhood and adolescence. The search for a father figure is seen in The Amazing and Death-Defying Diary of Eugene Dingman. The exploration of a mother figure with low self-esteem is discussed in Pardon Me, You're Stepping on My Eyeball! And of course, the concepts of mental and physical illness are powerfully dramatized--no doubt motivated by Zindel's 18-month convalescence from adolescent tuberculosis--with characters that populate books from The Pigman and The Pigman's Legacy to Harry and Hortense at Hormone High.


After graduating from Wagner College on Staten Island, Zindel spent ten years as a high school chemistry teacher before writing his Pulitzer prize-winning play, The Effect of Gamma Rays on Man-in-the-Moon Marigolds. He was encouraged by a well-known editor who had seen the play to write a novel for young people, and in 1968 The Pigman, the book which has since influenced millions of adolescent readers and their teachers, was published to wide acclaim.


Most critics of adolescent literature agree that the young adult genre originated in the late 1960s with the publication of several books, one of which was Zindel's The Pigman. Since writing this book, Paul Zindel has helped keep the YA movement flourishing with 12 other YA novels, along with plays, a children's book, a series of books for middle-grade readers, The Wacky Facts Lunch Bunch, and screenplays.


Paul Zindel is married and has two children, David and Lizabeth. And just as his own early life contributed to his novels, the lives of Paul Zindel's children and his wife shape what he thinks and writes about.


Writing! magazine said of Paul Zindel's books, "Zindel's fiction is a dazzling juggling act--despair, hilarity, uncertainty, deep love, and unutterable hatred all fly toward and away from each other with increasingly disquieting speed. Only one thing is certain: You can never be sure where and how things will fall." The same could be said for Zindel's remarkable life.

“Zindel combines a canny mix of innocence and intelligence, and thus allows readers to examine carefully a complex set of questions about moral and political issues and responsibilities.”–Publishers Weekly, Starred