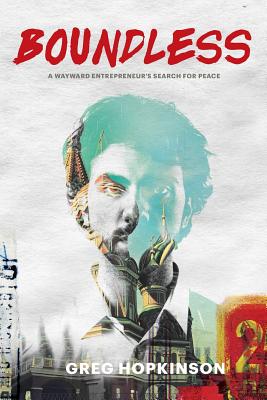 A near-death experience in an avalanche set Greg Hopkinson on a quest for happiness. He forged into the Soviet Union to make money, just as it collapsed. Ironically, the greater his business success the more he battled his inner demons. He caught a glimpse of what he'd become, and it wasn't pretty. As Greg stumbled out of Russia, his marriage failed and he was diagnosed with a brain tumour. He soon found his soul mate, but realised that he was incapable of sustaining a loving relationship. Full of despair, he committed to finding peace and love within himself, and he did the most unlikely thing - he became a monk. As Greg became calmer and happier he was able to reconnect with his soul mate and to begin to live the life he had always dreamed of. This book will change your preconceptions about happiness and success. It may also change your life. "The most gritty, real, raw and honest book you will ever read about inner peace. Boundless is one hell of a story about life's greatest adventure." Bernard Steeds, author of Water.

Greg Hopkinson was born in 1958 on the West Coast of New Zealand's South Island. The West Coast is a rugged, dramatic place that tends to shape the lives of the small group of people who live there. Greg was attracted to the more adventurous characters at school - all of whom had a natural inclination to extend the envelope of acceptable behaviour. He studied engineering at the University of Canterbury by day and partied hard at night. After graduating he worked as an engineer in a diverse range of industries and locations before co-establishing a construction business in the Soviet Union as things started to unravel under Gorbachev's stewardship. This was a tumultuous time - a phase when every aspect of life appeared limitless. Few foreigners travelled and engaged with the Soviets as much as Greg did during this period of rapid change - as a consequence he appears to have an intimate understanding of the enigmatic Russians of that era. Back in New Zealand he established a chain of retail stores with his wife and friends. Greg successfully exited the business and now lives in a remote location in the High Country of New Zealand's South Island. He lives there in a loving relationship with his partner Sally. They are both monks of an ancient non-religious teaching. He convenes weekend meditation courses and retreats, enjoys travelling, skiing, walking in the bush, socialising and chipping away at a range of diverse projects.