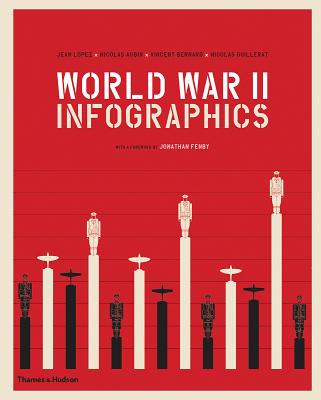 This is the perfect gift for the military history buff on your list. Each page is a visual time capsule covering not only the battles, armaments, and strategy, but also the human tragedies and triumphs of the conflict. Insightful narrative from top military historians and detailed graphics complete the immersive experience. This book is a must have for anyone interested in World War II.

World War II: Infographics tells the story of the great conflict through graphic design. The mass of data available about World War II has never been as large as it is now, yet it has become extraordinarily complicated to interpret it in a meaningful way, and to share that analysis with the public. Infographics allow data to be comprehensible to the general reader while still satisfying demands for the rigorous approach of a historian.

The result is breathtaking. For the first time, it is possible to easily connect the dots between various interrelated aspects of World War II that were previously examined separately. Encompassing the conflict from its roots to aftermath, this book covers more than sixty themes, including arms production, Operation Barbarossa, how America took back the Pacific, and the Nazi concentration-camp system. The result is an extraordinary new approach to World War II, which is sure to appeal to those looking for an overview of the war and to history buffs alike.

Jean Lopez is the Managing Editor of Guerres & Histoire (War and History) magazine.

Nicolas Aubin is a World War II specialist who has contributed to a number of journals of military history.

Vincent Bernard is a renowned specialist in military history.

Nicolas Guillerat was trained as a data designer and graphic artist.

Jonathan Fenby, CBE, has been the editor of the Observer and the South China Morning Post. He is the author of twenty books: nine on China and others on World War II and France.

One of the most comprehensive sources about WWII military history and logistical information available today, offering readers a new way of examining collected data about all branches of the military for each of the Allied and Axis countries… Well written and clearly referenced… Will spark new interest in the period in readers of all ages.

The four authors skillfully use pie charts, graphs and pictures to communicate data related to the effort required for the Allies to prosecute operations and win World War II… A good book that makes you think. 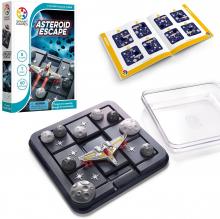 Can you navigate your spaceship through an asteroid field? Your flying skills will be tested to the limit in order to escape! Asteroid Escape is a...