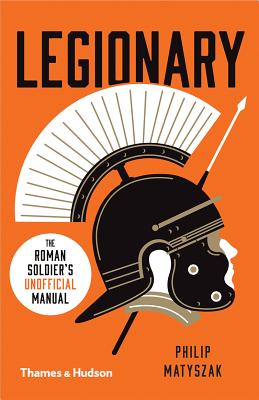 By Philip Matyszak
$16.95
Email or call for price.

Your emperor needs you for the Roman army! The year is 100 CE and Rome stands supreme and unconquerable from the desert sands of Mesopotamia to the misty highlands of Caledonia. Yet the might of Rome rests completely on the armored shoulders of the legionaries who hold back the barbarian hordes and push forward the frontiers of the empire.

This carefully researched yet entertainingly nonacademic book tells you how to join the Roman legions, the best places to serve, and how to keep your armor from getting rusty. Learn to march under the eagles of Rome from training, campaigns, and battle to the glory of a Roman triumph and retirement with a pension plan. Every aspect of army life is discussed, from drill to diet, with handy tips on topics such as how to select the best footwear or how to avoid being skewered by enemy spears. Combining the latest archaeological discoveries with the written records of those who actually saw the Roman legions in action, this book provides a vivid picture of what it meant to be a Roman legionary.

Philip Matyszak has a doctorate in Roman history from St. John’s College, Oxford.  He is the author of numerous books on the ancient world, including the highly successful Legionary: The Roman Soldier’s (Unofficial) Manual, The Greek and Roman Myths, and Ancient Magic.