The Water Cure: A Novel (Paperback) 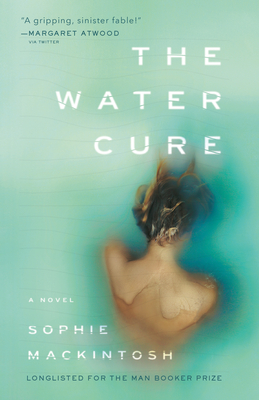 Long-listed for the Man Booker Prize, this chilling debut will get in your head and stay there. Cut off from society, three sisters live alone on an island with their father because he wants to protect them from the men on the mainland. Barbed wire protects the island. The sisters perform unsettling rituals under the watchful eye of their father. Then Dad goes missing. Then three strange men show up on the island. Then things get very, very intense.

“Here’s what they know: men hurt women, even if they don’t mean to. And the island is the only safe place in a world that has been completely corrupted by pollution — at least that’s what they’ve been told. So sisters Grace, Lia, and Sky occupy themselves with the painful rituals their parents have devised, exercises that will make them stronger and immune to love’s sickness. Every day is the same until their father disappears and three strange men appear in his place. Violence is inevitable, but who will be the perpetrator? Gorgeously, perfectly written, The Water Cure luxuriates in an atmosphere of haunting, Atwoodian strangeness.”
— Lauren Peugh, Powell's Books, Portland, OR

ONE OF THE BEST BOOKS OF THE YEAR:
NPR • GLAMOUR • GOOD HOUSEKEEPING • LIT HUB • THRILLIST

King has tenderly staked out a territory for his wife and three daughters, Grace, Lia, and Sky. Here on his island, women are protected from the chaos and violence of men on the mainland. The cult-like rituals and therapies they endure fortify them from the spreading toxicity of a degrading world.

But when King disappears and two men and a boy wash ashore, the sisters’ safe world begins to unravel. Over the span of one blistering hot week, a psychological cat-and-mouse game plays out. Sexual tensions and sibling rivalries flare as the sisters are forced to confront the amorphous threat the strangers represent.

A haunting, riveting debut, The Water Cure is a fiercely poetic feminist revenge fantasy that’s a startling reflection of our time.

Sophie Mackintosh won the 2016 White Review Short Story Prize and the 2016 Virago/Stylist Short Story competition, and has been published in Granta magazine and Tank magazine, among others. The Water Cure is her first novel.

“Chilling. . . . Unsettling. . . . Feels both futuristic and like an eerily familiar fable.”
—The New York Times

“Remarkable. . . . Mackintosh seamlessly weaves together the themes of Shakespeare . . . with the very modern issue of toxic masculinity.”
—The Washington Post

“Mackintosh’s novel follows in the footsteps of The Handmaid’s Tale . . . but this debut has its own alluring style.”
—Vogue

“This harrowing book manages, somehow, to simultaneously walk the line between fairy tale, coming-of-age tale, and morality tale. It does them all with plenty of intensity, and with muscular prose to boot.”
—Thrillist

“Creepy and sexy in equal measure.”
—The Independent

“An extraordinary otherworldly debut. . . . [Mackintosh] is writing the way that Sofia Coppola would shoot the end of the world: everything is luminous, precise, slow to the point of dread.”
—The Guardian

“This chilling dystopia feels like a fable for a modern era, and a must-read for women today.”
—Good Housekeeping

“A haunting, disturbing look into the ways in which young women are failed by those closest to them, and how those failures echo outward, poisoning all of existence.”
—Nylon

“There’s something Joni Mitchell-esque about the lyrical, emotional tone of the prose. . . . Mackintosh’s profound faith in sisterhood imbues her particular dark vision with beauty and a kind of hope.”
—Newsday

“A feminist dystopian fairy tale—evocative, suspenseful, and bleak—in short, everything this age seems to be demanding.”
—Fresh Air

“Demonstrate[s] why the subtlest fiction is often the most powerful.”
—Vulture

“This riveting debut adds another dimension to a post-Handmaid’s Tale world.”
—The Telegraph

“Startling. . . . Mackintosh is a wonderful stylist; the full scope of her imagination, as well as the cohesion of her vision, is evident on every page.”
—The Irish Times

“A hypnotic read. . . . This extraordinary debut is a feminist quasi-dystopian read for fans of Hot Milk, The Girls, and The Vegetarian.”
—Elle (UK) 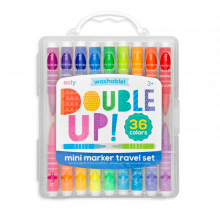