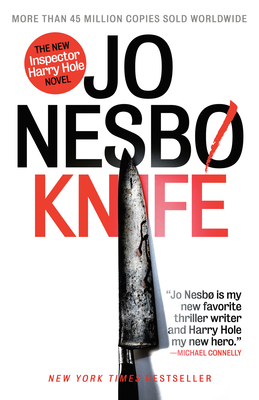 Knife, the thirteenth novel in the Detective Harry Hole series, opens with a stab to the heart. Rakel, Harry Hole’s long time love is dead, her stomach slashed open with a kitchen knife. He dives head first into the shadows to track down the murderer, pushing him further away from the law to a place where the game becomes primal, and if you’re not a hunter you’re prey. Knife is the most action packed and engrossing Harry Hole mystery yet. If you are looking for a new thriller or have been waiting tredpidatiously for the next book in the series, pick it up now and I promise you won’t want to put it down.

Brilliant, audaciously rogue police officer Harry Hole from The Snowman and The Thirst is back and in the throes of a new, unanticipated rage--once again hunting the murderer who has haunted his entire career.

Harry Hole is not in a good place. Rakel--the only woman he's ever loved--has ended it with him, permanently. He's been given a chance for a new start with the Oslo Police, but it's in the cold case office, when what he really wants is to be investigating cases he suspects have ties to Svein Finne, the serial rapist and murderer who Harry helped put behind bars. And now, Finne is free after a decade-plus in prison--free and, Harry is certain, unreformed and ready to take up where he left off. But things will get worse. When Harry wakes up the morning after a drunken night with blood that's clearly not his own on his hands, it's only the very beginning of what will be a waking nightmare the likes of which even he could never have imagined.

JO NESBØ is a musician, songwriter, and economist, as well as a writer. His Harry Hole novels include The Redeemer, The Snowman, The Leopard, and Phantom, and he is also the author of several stand-alone novels and the Doctor Proctor series of children's books. He is the recipient of numerous awards, including the Glass Key for best Nordic crime novel.

“'Knife', Mr. Nesbo's 12th Harry Hole book, translated from the Norwegian by Neil Smith, is arguably the best entry yet in the author's outstanding series. ... The moral conundrums in 'Knife' are Dostoevskian, the surprises are breathtaking, the one-liners are amusing and the suspense is unrelenting. This is that rare lengthy book that one wouldn't want shortened by even a single page.”—Tom Nolan, The Wall Street Journal

“Does anyone write creepier villains than Jo Nesbo? … No, I can’t think of anyone who makes my skin crawl like Nesbo.”—Marilyn Stasio, The New York Times Book Review

“‘Knife’ is indeed a sharp example of its genre. The pages turn, the violence is brutal, and the characters are well-drawn and mysterious. … The book is dense, but brisk. … Nesbo has a great sense of pacing. Each reveal – did he do it? did she? – is meticulously laid out as he takes readers along for the ride. … The final whodunit is powerful and leaves Harry – and readers – wondering what’s next.”—Rob Merrill, Associated Press

“‘Knife’ is a reminder of why people read [Nesbo’s] books. … Thicker and more complex than most of the earliest Nesbo novels – including his often-slender standalone books – ‘Knife’ resembles in its heft and sweep ‘The Redbreast’ … The novel ends with a fascinating series of shifts and reframings both dramatically satisfying as fiction and – in the real, Norwegian world of crime-fighting in which the novel is set – ethically queasy. … It also leaves Harry on what can only be called a knife’s edge. The bad, or at least, ambiguous news for the novel’s characters is good news for the rest of us: There will, it seems, be more of these.”—Scott Timberg, Los Angeles Times

“Stunning. Intense. Breathtaking. … Jo Nesbø has written the perfect thriller. A plot thick with intense imagery and nail-biting terror, and a protagonist so broken, you can’t help but want him to win.”—Suspense Magazine

“[Knife leaves] Nesbo on equal footing with Michael Connelly and Hole on the same level as Harry Bosch. This is crime noir at its absolute best – edgy, dark and showcasing one of the finest detective characters in modern fiction.”—Jon Land, The Providence Journal

“[Knife] may be Nesbø’s best storytelling yet. It’s not just clever; it’s diabolical, and let’s be glad it is, because the corkscrewing plot provides a measure of relief from the pain on view in this uncompromisingly intense and brilliant novel.”—Booklist, Starred Review

“Perhaps the most surprising development in this first-rate installment in the [Harry Hole] series is the tender emotion that wafts through Hole’s tortured self-reckonings. He’s the exception that makes the rule about there being no tears allowed on the crime beat.”—Lloyd Sachs, Chicago Tribune

“[Knife] unfolds with a cutthroat ferocity … This is an ultra-satisfying, seat-of-your-pants action mystery.”—San Francisco Book Review

“[Knife is] a book that contains at once the Harry we have come to expect and the Harry we hoped was somewhere underneath all that Hole bravado. … The book’s abundant subplots are miraculously tied together in a violent, remarkably satisfying denouement. Most importantly, though, there’s still the emphatically compassionate, stubbornly singular creation that is Harry Hole. It’s good to find him still on our side.”—Steve Whitton, The Anniston Star

Praise for the work of Jo Nesbø:

“Jo Nesbø is my new favorite thriller writer and Harry Hole is my new hero.”—Michael Connelly

“Nesbø writes like an angel. As in Lucifer.”—The Philadelphia Inquirer

“Nesbø explores the darkest criminal minds with grim delight and puts his killers where you least expect to find them. . . . His novels are maddeningly addictive.”—Vanity Fair

“Jo Nesbø has ripped the throat out of the serial-killer genre. He’s exsanguinated it, soaking up every dark pleasure and wringing them out onto the page. There’s no need to ever read another one, Nesbø has so completely deconstructed the trope with a multi-dimensional novel that blurs lines among crime, psychological procedural and, yes, horror thrillers. . . . [Hole] survives in a literary landscape dreamt up by Stephen King or Edgar Allen Poe. . . .  Brilliant . . . Nesbø shows his true mastery . . .  Nesbø’s plots are evocative of James Ellroy and Lee Child with crime layered upon crime.” —Robert Anglen, Arizona Republic 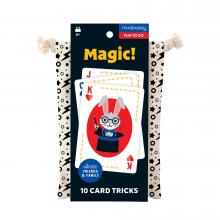