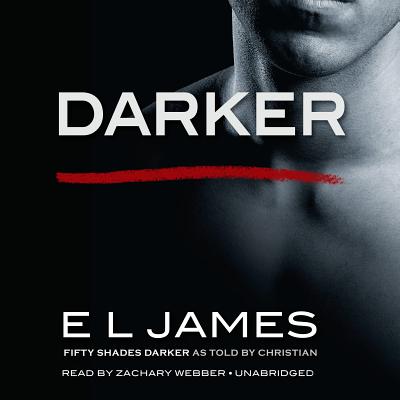 By E L. James, Zachary Webber (Read by)
Email or call for price

This is book number 5 in the Fifty Shades of Grey Series series.

See the world of Fifty Shades of Grey anew through the eyes of Christian Grey--a fresh perspective on the love story that has enthralled millions of readers around the world.

Their scorching, sensual affair ended in heartbreak and recrimination, but Christian Grey cannot get Anastasia Steele out of his mind, or his blood. Determined to win her back, he tries to suppress his darkest desires and his need for complete control, and to love Ana on her own terms.

But the horrors of his childhood still haunt him, and Ana’s scheming boss, Jack Hyde, clearly wants her for himself.  Can Christian’s confidant and therapist, Dr. Flynn, help him face down his demons? Or will the possessiveness of Elena, his seducer, and the deranged devotion of Leila, his former submissive, drag Christian down into the past?

And if Christian does win Ana back, can a man so dark and damaged ever hope to keep her?