Revenge of the Girl With the Great Personality (Paperback) 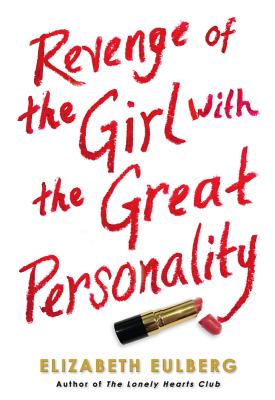 By Elizabeth Eulberg
$10.99
Hard to Find

A hilarious novel from Elizabeth Eulberg about taking the wall out of the wallflower so she can bloom.

Don't mess with a girl with a great personality.

Everybody loves Lexi. She's popular, smart, funny . . . but she's never been one of those girls, the pretty ones, who get all the attention from guys. And on top of that, her seven-year-old sister, Mackenzie, is a terror in a tiara, and part of a pageant scene where she gets praised for her beauty (with the help of fake hair and tons of makeup).

The time has come for Lexi to step out from the sidelines. Girls without great personalities aren't going to know what hit them. Because Lexi's going to play the beauty game -- and she's in it to win it.

Elizabeth Eulberg was born and raised in Wisconsin before heading off to college in Syracuse and making a career in the New York City book biz. She is the author of THE LONELY HEARTS CLUB, PROM AND PREJUDICE, TAKE A BOW, and REVENGE OF THE GIRL WITH THE GREAT PERSONALITY. You can find her on the Web at www.elizabetheulberg.com.

Praise for REVENGE OF THE GIRL WITH THE GREAT PERSONALITY:

Praise for TAKE A BOW:

Praise for THE LONELY HEARTS CLUB:

"A must-read for anyone who's ever fallen in love -- or sworn it off completely. A funny, fantastic debut!" - Stephenie Meyer, author of The Twilight Saga

"THE LONELY HEARTS CLUB turns the world of teen dating upside-down, proving that a girl can ignore 'the rules' and still land squarely, happily, and hiliariously on her feet." -- Lauren Myracle, author of TTYL 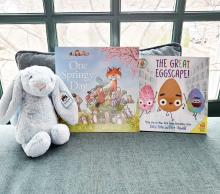