Death in Venice and Other Stories (Mass Market) 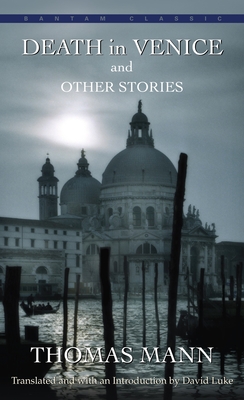 This superb translation of Death in Venice and six other stories by Thomas Mann is a tour de force, deserving to be the definitive text for English-speaking readers. These seven stories represent Mann’s early writing career and a level of literary quality Mann himself despaired of ever again matching. In these stories he began to grapple with themes that were to recur throughout his work. In Little Herr Friedemann, a character’s carefully structured way of life is suddenly threatened by an unexpected sexual passion. In Gladius Dei, puritanical intellect clashes with beauty. In Tristan, Mann presents an ironic and comic account of the tension between an artist and bourgeois society.

All seven of these stories are accomplished and memorable, but it is Death in Venice that truly forms the centerpiece of the collection. The themes that Mann weaves through the shorter pieces come to a climax in this stunning novella, one of the most hauntingly magnificent tales of art and self-destruction ever written.

Thomas Mann was born in 1875 in Germany. He was only twenty-five when his first novel, Buddenbrooks, was published. In 1924, The Magic Mountain was published, and, five years later, Mann was awarded the Nobel Prize for Literature. Following the rise of the Nazis to power, he left Germany for good in 1933 to live in Switzerland and then in California, where he wrote Doctor Faustus (first published in the United States in 1948). Thomas Mann died in 1955.