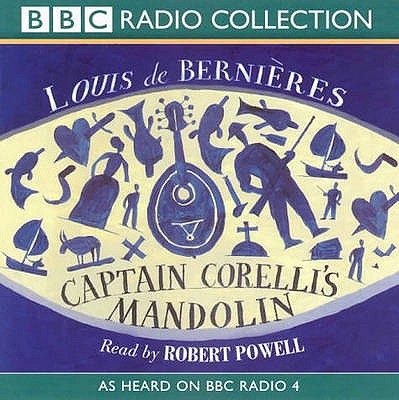 By Louis de Bernières, Robert Powell (Read by)
Email or call for price.
Out of Print

Dr Iannis practices medicine on the island of Cephalonia, accompanied by his daughter, Pelagia, to whom he imparts much of his healing art. Even when the Italians do invade, life isn't so bad - at first anyway. The officer in command of the Italian garrison is the cultured Captain Antonio Corelli, whose most precious possession is his mandolin. It isn't long before Corelli and Pelagia are involved in a heated affair - despite her engagement to a young fisherman, Mandras, who has gone off to join Greek partisans. Love is complicated enough in wartime, even when the lovers are on the same side. And for Corelli and Pelagia, it becomes increasingly difficult to negotiate the minefield of allegiances, both personal and political, as all around them atrocities mount, former friends become enemies and the ugliness of war infects everyone it touches.

Louis de Bernières is the best-selling author of Captain Corelli’s Mandolin, which won the Commonwealth Writers’ Prize, Best Book in 1995. His most recent books are The Dust That Falls From Dreams, Birds Without Wings and A Partisan’s Daughter, a collection of stories, Notwithstanding, and a collection of poetry, Imagining Alexandria.